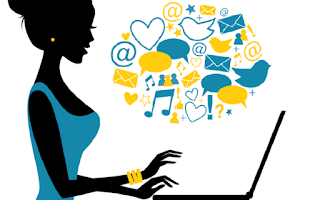 Since I've been on the topic of blogging lately I thought I jump in and play along today. Head over to Tuesday 4 if you'd like to join us.

1. Tell us about your blog. When did you start blogging?

My current blog is a mix of anything I feel like sharing, but Seaside Simplicity was originally a food related blog where I focused on how to feed a family simply, easily and well on a tight budget. Of course I shared all the recipes too.

From 2010-2013 I actually made money blogging, and I continuously received all kinds of consumable goods and kitchenware in exchange for creating recipes or posting honest reviews. I still have and use many of the things I got back then on a regular basis to this day.

2. What prompted you to begin blogging?

I was on AOL back in 2003. One day I saw an announcement on the main page for a new community called AOL Journals. I had participated on messages boards before and enjoyed those, so I thought it sounded like something that might be fun. I went right over to check it out and opened my first blog.

3. What was your first blog about and why did you choose that subject/title?

My first blog was called Just Visiting and like my current blog it was a mix of anything I felt like sharing. I chose the title because I didn't know what to expect, wasn't sure if it was something I would stick with, and of course I wanted to visit others and see what things were all about out there. Little did I know a fantastic community that we came to call J Land would quickly form. I was hooked from the very first day. Blogging was so much fun back in those days!

4.  How has your blog changed over time, and has it done for you what you hoped it would do in the first place?

My blogging has been all over the place through the years. I've had quite a few different blogs and sometimes more than one at a time with different themes. In 2008 AOL Journals closed down, that's when I moved to Blogger. Then around 2012 the mass exodus from blogging happened when Facebook and Instagram became popular, so many blog friends disappeared during that time.

As much as I loved blogging I started losing interest myself. I blogged less and less over time and disappeared in 2015. I returned to give it another try in 2017 when I became an empty nester. I blogged for about a year when then the baby bird flew back home, taking over my office (his old room) and my computer in the process. I disappeared again until June of last year after he moved out on his own again. It was one of the bright spots during the early time of the pandemic - my return to blogging, not my son moving back out lol.

As for part two of the question, I had no hopes of what blogging would do for me when I started in 2003, but what it quickly became was a place to socialize and make some fantastic friends. Today it is by far my preferred choice for day to day socialization - I love my computer because my friends live it in! :)

I would love to hear your blogging story/history too!